Hear powerful stories from Tyler, Dawn, and Dr. Mitzi Williams as they share their MS experiences in the Black and African American communities, featured in a docuseries episode, supported in part by Biogen. 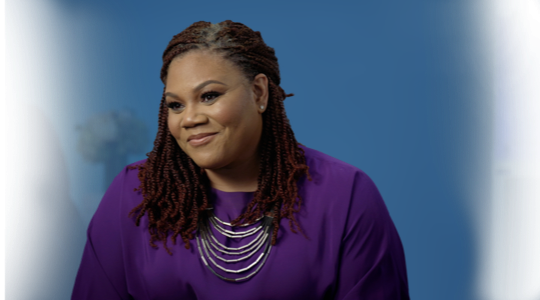 This has been added to your Favorites

Did you know that Black people are more at risk of having multiple sclerosis (MS)? In the US, Black people have a 47% increased risk of being diagnosed with MS compared with White people.

Historically, MS was thought to be a disease that primarily affects White people. Based on certain research findings, we now know this isn’t true. In fact, there may even be differences in the symptoms and progression of the disease in Black people compared with White people.

It’s important to note that there are gaps in research, and Black people are often underrepresented in clinical trials in the US. However, some research in MS is now including more diverse faces, and MS may be more common in minorities than we thought.

Over the past 10 years, a growing body of research has drawn attention to MS in the Black community. A 2013 study suggested that the risk for MS is highest in Black women. Other studies have looked at some of the differences in Black patients compared with White patients.

When we try to understand patterns across a disease population, we break patients out by different traits. This is called grouping by phenotype. It helps us learn more about the disease. It may also help us develop better treatment strategies for people living with MS.

Black people may be more likely to experience more severe symptoms of MS.

One study of people with MS in the US showed that Black people were 61% more likely to have physical symptoms from the start of their disease compared with White people. Other evidence suggests that Black people can have more severe symptoms, including:

Research has also found that MS tends to lead to worse long-term problems for Black people. In one study, Black people were:

There are study limitations to keep in mind. In one instance, the reported differences were based on patients who were already diagnosed and treating their MS with a disease modifying therapy (DMT). The study also examined Black patients who were older when symptoms began, and a slightly higher number of Black patients had progressive MS at the onset compared with White patients.

Taking part in research is important. Participation in MS research by minorities is very low. In some cases, it’s less than 1%. This may be due to lack of access to places that carry out research, fear of being used as a “guinea pig,” or a lack of trust in the healthcare system. Some analysis suggests Black people may be less responsive to MS treatments, but it’s hard to say based on the small number of people taking part. Greater participation in clinical trials could help us find out how well a specific treatment worked across different minorities.

Building trust within the Black community

MS in the Black community is something that isn’t talked about enough. Finding ways to overcome barriers is critical for managing your MS, whether it’s related to income, insurance, or fear of discrimination. It’s important to build a support team that you can trust and rely on. Finding the right healthcare team may help you feel more comfortable having open conversations and getting the support you’re looking for.

If you're living with MS, it's important to be your own advocate. Gather information about ways you can contribute to knowledge of MS. Please keep in mind if you’re looking for information, your healthcare provider should always be your primary resource when it comes to your MS and your treatment. You could also consider researching clinical trials or even taking part in research surveys. We’re all in this together, and together, we can learn more about MS.

Sign up for a webinar event to learn more about MS in African Americans.

Watch this video series to learn about MS from expert Dr. Weigel

How MS may affect the body

Science behind making an MS drug

What is a lesion?